The Shantarakshita Award for Excellence in Translation

Tsadra Foundation launched an award to honor excellence in the field of translating Tibetan texts into English in 2014. In order to make the award meaningful to the whole community of translators, a committee of twelve respected translators, scholars, and editors formed to review publications and choose the award winners. After an exhaustive search of translations from Tibetan to English published between 2012 and 2015, an international committee of scholars and translators voted and reduced that large number to a “shortlist,” from which twelve finalists were chosen for detailed review (see list below). Each book was then read and reviewed by the twelve-person committee and rated on values such as quality of word choice, overall flow of text, translation accuracy, perceived importance of the contribution to the field, and eight other measures. The award was first presented at the 2017 Translation & Transmission Conference to first ($5,000), second ($2,500), and third place ($2,500) winners. The next award will be presented in 2020.

The inaugural award presentation of the Shantarakshita Award was presented by Eric Colombel and Marcus Perman of Tsadra Foundation and received by Gavin Kilty (1st) for A Lamp to Illuminate the Five Stages (Library of Tibetan Classics, Wisdom Publications, 2013), Wulstan Fletcher and Helena Blankleder (2nd) for Treasury of Precious Qualities: Book Two (Shambhala Publications, 2013), and Bryan Cuevas (3rd) for The All-Pervading Melodious Drumbeat (Penguin Random House, 2015).

As the first place winner of the inaugural award, Gavin Kilty addressed the assembly with heartfelt words of thanks to his teachers, employers and editors (Thupten Jinpa and David Kittelstrom) and shared a bit about his love of translation and of the great masters who influenced him. 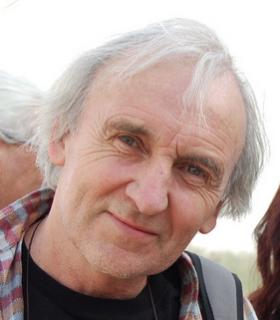 Gavin Kilty has been a full-time translator for the Institute of Tibetan Classics since 2001. Before that he lived in Dharamsala, India, for fourteen years, where he spent eight years training in the traditional Geluk monastic curriculum through the medium of class and debate at the Institute of Buddhist Dialectics. He also teaches Tibetan language courses in India, Nepal, and elsewhere, and is a translation reviewer for the organization 84000, Translating the Words of the Buddha. His other books include: The Splendor of an Autumn Moon (2001), Ornament of Stainless Light: An Exposition of the Kālacakra Tantra (2001), Mirror of Beryl (2010).

Helena took a degree in modern languages and Wulstan studied modern languages and theology in Oxford and Rome. He completed a three year meditation retreat in Chanteloube, France 1986-1989 and Helena completed two three-year retreats, 1980-85 and 1986-1989. They have been Tsadra Fellows since 2001. Wulstan and Helena work as a team and have completed many Tibetan-English translation projects, including Treasury of Precious Qualities (Book 1 2010; Book 2, 2013), The Root Stanzas of the Middle Way (2008), The Way of the Bodhisattva (revised 2006), The Nectar of Manjushri’s Speech (2007), White Lotus (2007), Introduction to the Middle Way (2005), The Adornment of the Middle Way (2005), Food of Bodhisattvas: Buddhist Teachings on Abstaining from Meat (2004), and Counsels from My Heart (2003). Wulstan and Helena are currently working on Longchenpa’s sems nyid ngal gso and Mipham’s brgal lan nyin byed snang ba. 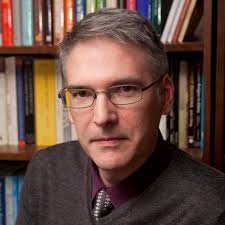 Bryan Cuevas is John F. Priest Professor of Religion and Director of Buddhist and Tibetan Studies at Florida State University. He holds an M.A. and Ph.D. in Tibetan Buddhist Studies from the University of Virginia and over the years has taught as a visiting professor at UC Berkeley, Princeton, and Emory University. He is the recipient of both an NEH Fellowship for University Teachers and a John Simon Guggenheim Memorial Foundation fellowship. Most recently, his translation of The All-Pervading Melodious Drumbeat: The Life of Ra Lotsawa (Penguin Random House, 2015) with an introduction and notes was published in the Penguin Classics series. Other books include Travels in the Netherworld: Buddhist Popular Narratives of Death (Oxford, 2008) and the Afterlife in Tibet and The Hidden History of the Tibetan Book of the Dead (Oxford, 2003). His primary interests are in Tibetan history, biography, and Buddhist narrative literature.

Find out more about the Award Short List books